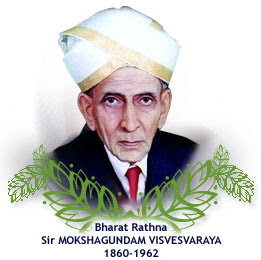 September 15 is celebrated every year in India as Engineer’s Day to commemorate the birthday of the legendary engineer Sir M. Visvesvaraya (1860-1962).

Internationally recognised for his genius in harnessing water resources, he was responsible for successful design and construction of several river dams, bridges and implementing irrigation and drinking water schemes all over India.

He served as the dewan of Mysore State and was considered to be the architect of the all-round development of Karnataka.

Among his most successful projects are the design and construction of the K.R. Sagar dam and its adjoining Brindavan Gardens, turn-around of the Bhadravati Iron and Steel Works, setting up of the Mysore Sandalwood Oil Factory.

Sir Mokshagundam Visvesvaraya KCIE (popularly known as Sir MV; born on 15 September 1860 was a notable Indian engineer, thus it is celebrated on this day. “Making Indian Engineering World-class” is theme of Engineers Day 2014